This talk discusses our ongoing work to re-appropriate public spaces through digital interactive art. The Public and Performative Interaction Group recently organised a workshop that brought together artists, designers, and computing scientists for a two-day event. Our Goal: to create a working prototype of an interactive installation in just two days. Over the course of the workshop, we developed a concept, implemented the interface, and deployed this on the University of Glasgow Campus. Our untitled piece brought light, play, and interaction to a relatively derelict and empty space on campus, bringing new life and new ideas to the digital urban landscape.

We recently completed two showings of the Sunken Ripples Interactive Experience, where a spherical display acts as a portal to an underwater world. During Sunken Ripples, audience members can interact with the sphere to control the jellyfish creatures on the IMAX screen. Small interactions on the sphere ripple out into huge proportions in this playful installation.

This year the SIPS project will be presenting an Interactivity Exhibit and an alt.chi paper at CHI 2015.  We’re very excited to bring the sphere to new places and share some of our experiences completing evaluations in public spaces.

Deep Cover HCI: A Case for Covert Research in HCI

The growing popularity of methodologies that turn “to the wild” for real world data creates new ethical issues for the HCI community. For investigations questioning interactions in public or transient spaces, crowd interaction, or natural behaviour, uncontrolled and uninfluenced (by the experimenter) experiences represent the ideal evaluation environment. We argue that covert research can be completed rigorously and ethically to expand our knowledge of ubiquitous technologies.  Our approach, which we call Deep Cover HCI, utilises technology-supported observation in public spaces to stage completely undisturbed experiences for evaluation.  We complete studies without informed consent and without intervention from an experimenter in order to gain new insights into how people use technology in public settings.  We argue there is clear value in this approach, reflect on the ethical issues of such investigations, and describe our ethical guidelines for completing Deep Cover HCI Research.

Players can crowd around the sphere to play a classic volley game together.

Spherical displays offer unique affordances for multi-player games and playful interactions in social spaces.  The shape of a spherical display allows users to face each other and maintain eye contact during interaction, creating a different social dynamic than at a flat display.  There is also no intrinsically defined front or centre of the display, offering different views from different viewing angles. This creates shared and private areas of the display given users’ varying perspectives.  Trajectory based games have a dramatically different experience when played on a spherical surface.  Side-scrolling games are also exciting on a spherical surface, becoming “rotating” games where users’ action affect others playing at different points around the screen.  This Interactivity exhibit showcases two multi-player games that specifically exploit the affordances of a spherical display in a social setting.

The Public and Performative Interaction has been discussed on the BBC Click Programme about Glasgow’s Digital Creativity.  Julie Williamson’s work on engagement with public displays explores how we can create the best possible user experience on spherical touch sensitive displays.  Evaluating engagement and experience is vital to ensure the novel technologies we develop are actually used in practice.

For more information about our projects and public engagement, see publicinteraction.co.uk for our latest updates. 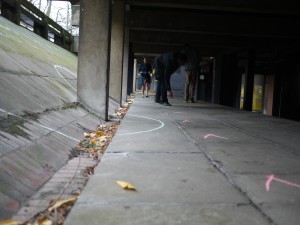 The installation site was a dimly lit walkway set just below a busy pedestrianised street.

In November, Julie Williamson (University of Glasgow) and Audrey O’Brien (Visual Artist) ran a workshop two-day workshop to explore ideas and concepts for a digital art installation for public spaces.  The goal was to create and design with concepts such as playfulness, performative interactions, surveillance, touch, and lighting.  The only requirement placed on workshop participants was to create a working prototype together during the two-day event.  At the end of the workshop, the participants exhibited the final prototype in a pop-up exhibition on the University of Glasgow campus. 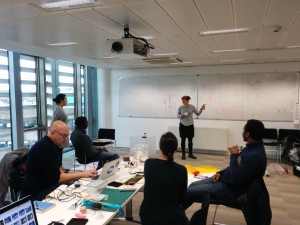 The participants developed the concept and prototyped the installation over the two-day workshop.

Over two days, this micro-residency brought together artists, designers and computing scientists from a wide variety of backgrounds.  The workshop began with an exploration of the installation site.   The installation was staged in a dark space beneath one of the University building, positioned below a busy pedestrianised walkway.  The final product was composed of six touch sensitive pendulums arranged around a spherical display.  Touching the pendulums produced music, with each pendulum creating different visualisations on the sphere. The video below showcases the final installation from the pop-up exhibit. 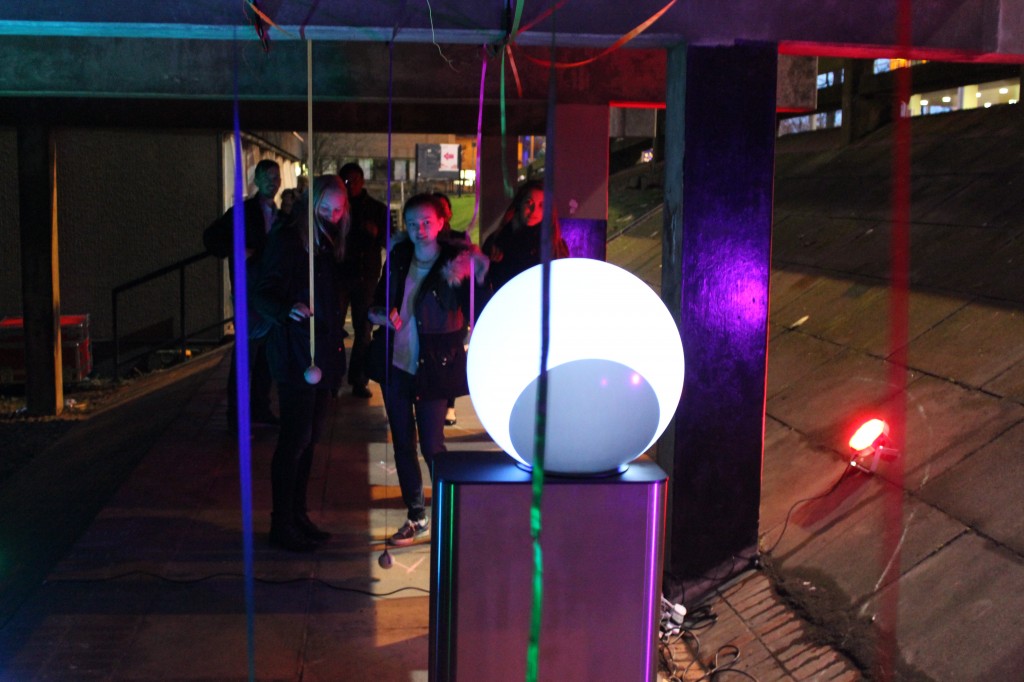 The installation involved a spherical display surrounded by touch sensitive pendulums. Touching the pendulums made music and flowing graphics from the sphere.

What an exciting time to play with technology and interactive experiences.  We are delighted to be contributing to the Glasgow Film Festival with Sunken Ripples, an experimental interactive installation.  This work is part of the EPSRC SIPS project in collaboration with Pufferfish Ltd. 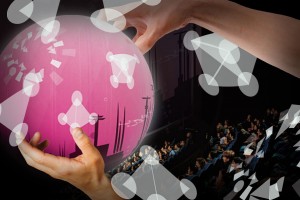 Come experience the exciting cutting edge technology of an interactive spherical display as part of a new kind audiovisual performance. For the first time ever, a spherical display will be joined with the IMAX screen to create an immersive and playful experience in an underwater landscape. Join us in the world of Sunken Ripples, where interaction and touch on the spherical display ripple into huge proportions.

This event is brought to you by the University of Glasgow Public and Performative Interaction Group.

Tickets are available for FREE at the IMAX from 16:00 on the day of the performance. 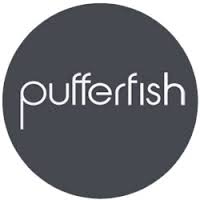 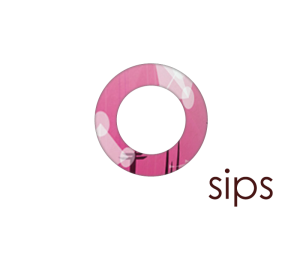 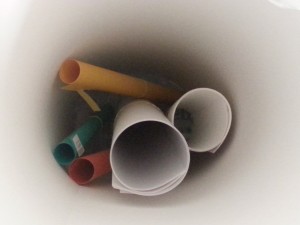 Preparations are underway to create a digital art installation during a two-day micro residency.

We are busy organising SICSA’s first micro-residency, aiming to bring together artists, designers, and computing science researchers to create a piece of digital interactive art over a two day workshop.

The goal of this two-day workshop is to explore ideas and concepts for a public digital art installation, creating and designing with concepts such as playfulness, performative interactions, surveillance, touch, and lighting.

As part of the event, we will deploy our creation in a pop-up exhibition on the University of Glasgow campus.  The deployment will be experimental and created solely during the two day event.   The exhibit will take place in the outdoor area in front of the SAWB building from 4:30 PM on November 7th (building D20, map available at http://www.gla.ac.uk/media/media_1887_en.pdf)

For more information about the micro residency, please visit: publicinteraction.co.uk/micro-residency/ 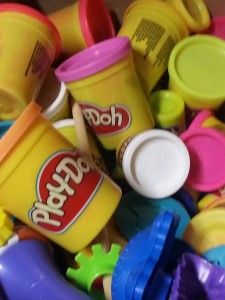 We’re gathering everything from Play-Doh and paint, to interactive lights and embedded electronics to create an installation for a public space.

After a successful Interactivity at CHI 2014, Steven Benford and I were given the opportunity to feature some of the most exciting and visually compelling Interactivity exhibits in Interactions Magazine.

Interactivity is a unique forum of the ACM CHI Conference that showcases hands-on demonstrations, novel interactive technologies, and artistic installations. At CHI 2014, we aimed to create a “one of a CHInd” Interactivity experience with more than 60 interactive exhibits to highlight the diverse group of computer scientists, sociologists, designers, psychologists, artists, and many more that make up the CHI community.

Check out the complete article on the ACM DL. 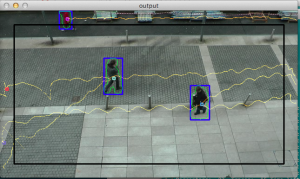 I recently presented my work with John Williamson on pedestrian tracking as an evaluation tool for public displays.  If you are interested in trying these tools for your own research, check out the documentation and tools available on my Pedestrian Tracking Site. 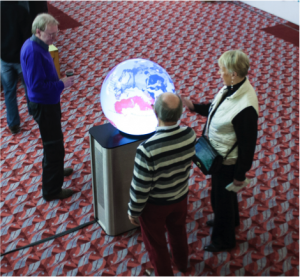 The SIPS project will design and evaluate interactions on spherical displays in public spaces.

It’s an exciting time for public and performative interaction at Glasgow University.  My first EPSRC grant has been funded, the announcement is available now on the EPSRC website.

So watch this space, this grant begins August 1st!

Grant Overview:  Public interactive displays have the potential to significantly enhance the quality of life for people living in future city spaces. However, current public displays and interfaces go unnoticed or completely ignored by the majority of passers-by. This presents a serious problem for the impact and uptake of touch sensitive displays if only a small minority will approach these displays and discover their interactive qualities. Existing approaches to designing and evaluating public displays have not been successful at realising the substantial opportunities that public displays afford. This research addresses this problem by exploiting recent technological developments in curved displays to create socially acceptable and enticing interactions for public spaces.

Curved displays offer exciting opportunities for public interaction that are not possible with flat displays. For example, a cylindrical display mimics the shape and form traditional kiosks for flyers and notices that can be seen in many cities. This kind of display can be placed in a walkway and be viewed from many perspectives. Other non-flat shapes, such as spherical displays, allow multiple users to interact while facing each other and viewing vertical content. Installations where users can see each other and observe others interacting are more encouraging and result in higher rates of interaction than displays where users are unable to observe each other. Another important aspect of a spherical display is that the entire display is never completely visible from one perspective. While areas on the top may be visible to both users vertical areas of the screen are only visible to some. These “private” areas of the display could be exploited to support sharing, ownership, and collaboration on a social display.

Given the new opportunities afforded by curved displays, foundational research is needed to understand how this new technology should be designed for and used in public spaces. There is limited research on interaction for curved surfaces and even less on curved surfaces for public spaces. An important aspect of this research is to develop novel multitouch interaction techniques that exploit the form factor of a curved display for public interaction. This will involve perceptual studies to learn the physical constraints and ergonomics of multitouch gestures on curved surfaces. This research will also explore how novel gestures and physical metaphors can enhance interaction on curved surfaces. This will involve evaluating user perceptions of control and responsiveness on a spherical display, simulating different levels of friction and weight for interactive elements.

Another important aspect of this research involves how curved displays work in real public spaces as compared to flat displays. Little is known about how different interaction styles encourage or discourage continued use of flat or curved public displays. In order to measure these metrics at scale for large numbers of passers-by, new evaluation techniques are needed. This project introduces a novel evaluation technique to capture and analyse pedestrian traffic around public installations. This approach can quantify different metrics of public display usage and enable the collection of large-scale data sets not feasible with traditional observation methods.

Finally, this research also aims to dramatically change the approach to designing public displays by considering context and impact on local spaces. Previous work on public displays has primarily involved flat displays and focused on making displays as noticeable and enticing as possible. This presents the possibility of creating unnecessary or unpleasant distraction and actually making public spaces less enjoyable places to be. This research will not only measure how enticing our displays are but also critically analyse the impact of these displays on the places where they are deployed.